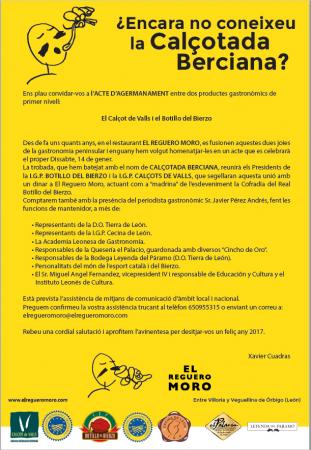 The Calçot de Valls and the Botillo del Bierzo

For several years, in the restaurant EL REGUERO MORO, these two jewels of the peninsular gastronomy merge, and this year we wanted to pay homage to an event to be held next Saturday, January 14.
The meeting, which we have called CALÇOTADA BERCIANA, will bring together the Presidents of the I.G.P. BOTILLO DEL BIERZO and I.G.P. CALÇOTS DE VALLS, which will seal this union with a meal in El Reguero Moro, acting as "godmother" of the event the Real Botillo del Bierzo Guild.
We will also have the presence of gastronomic journalist Mr. Javier Pérez Andrés, acting as maintainer, in addition to:
• Representatives of the D.O. Tierra of Leon.
• Representatives of the I.G.P. Cecina de León.
• The Leonesa Academy of Gastronomy.
• Responsible for the Quesería Palace, awarded several "Golden Cincho".
• Responsible for the Winery Leyenda del Páramo (D.O. Tierra de León).
• Personalities from the world of Catalan and Bierzo sports.
• Mr. Miguel Angel Fernandez, Vice-President IV and responsible for Education and Culture and the Leonés Institute of Culture.
It is planned the assistance of local and national media.
Please confirm your attendance by calling 650955315 or by sending an email to:
Elregueromoro@elregueromoro.com
A cordial greeting and we take the opportunity to wish you a happy year 2017.
Xavier Cuadras 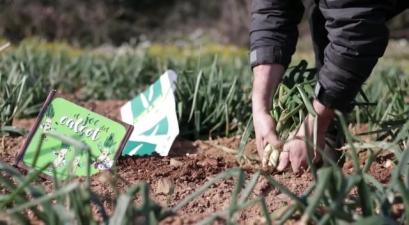 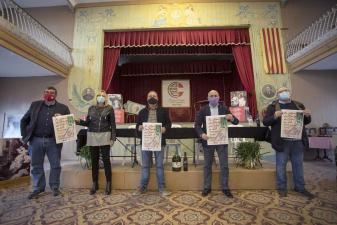 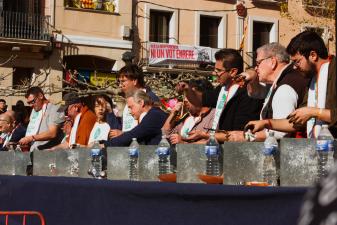